The Loss of Coconut - Living With Lacy
Skip to content 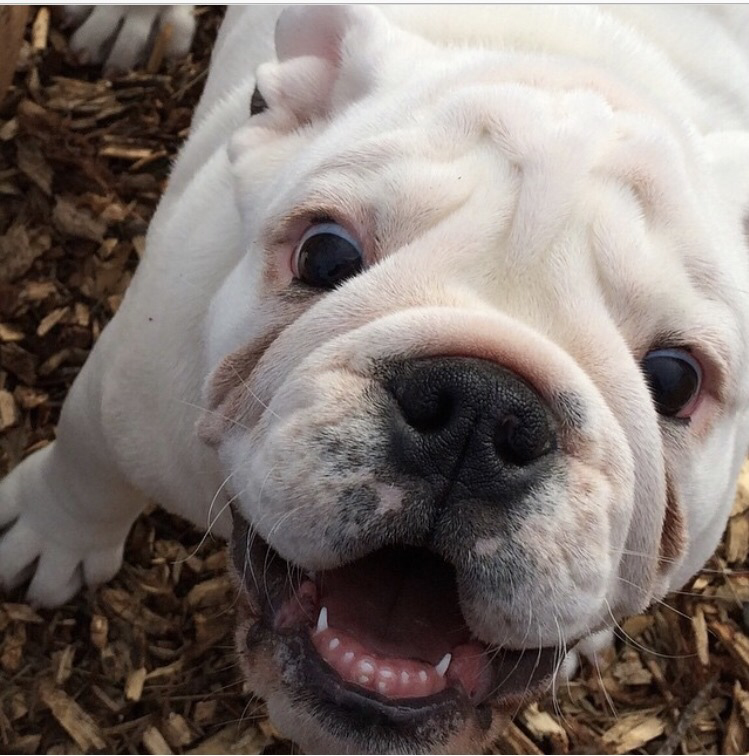 The past couple days have been devastating to say the least. Tuesday night we lost our hard headed buddy, Coconut. Our bowling ball of a Bulldog, joined our family when I was about 4 months pregnant with baby K. They turned out to be best friends…except for the couple times he plowed her over. And now, at 36 weeks pregnant with baby number two, our family faces the unexpected loss of Mr. Coconut.

I’ve always been a dog lover, but never to the extent that I loved Coconut. He was the first English Bulldog I’d ever had.

There’s an unconditional love you have for your kids, and Coconut was our very first. Not only did I hold a special place in my heart for Coconut because of his quirkiness, but also his unique Bulldog demeanor. An English Bulldog is a demanding breed requiring much TLC (think cleaning wrinkles, eyes, ears, paws and so on). 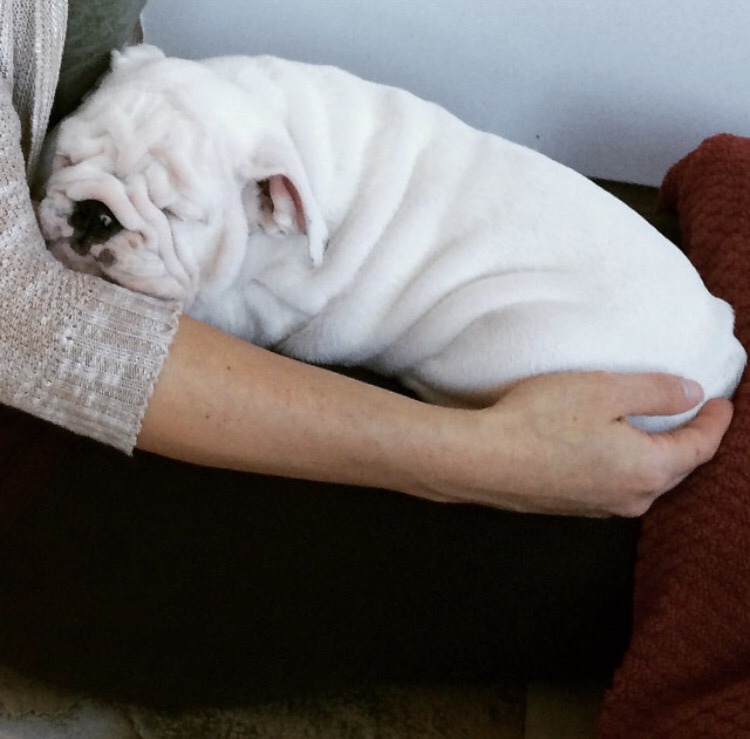 Most people think of English Bulldogs and stereotype them as lazy dogs that lie around and drool. Rather, Coconut was outgoing, loved meeting other dogs and would not leave the side of a visitor. My social butterfly that loved attention from everyone, and acted like he was deprived of it, although we all know that was far from the truth. In fact, he was supposed to be a show dog. My argument is that he had too much personality and spunk for the ring. Coconut was my buddy. Loyal, one of those dogs you didn’t have to worry about running away if you left the door open. His personality was fun, loving and a little overbearing at times.

I didn’t mind his distinct smells (Baby K would say, “Coconut is stinky, pee-you,” after he’d pass gas), constant shedding of white hair (I tolerated it much better than most), and even his snoring that could be heard upstairs, while he slept in his kennel…downstairs! Ask those that came over, they’d say his snoring relaxed them more than annoyed them. 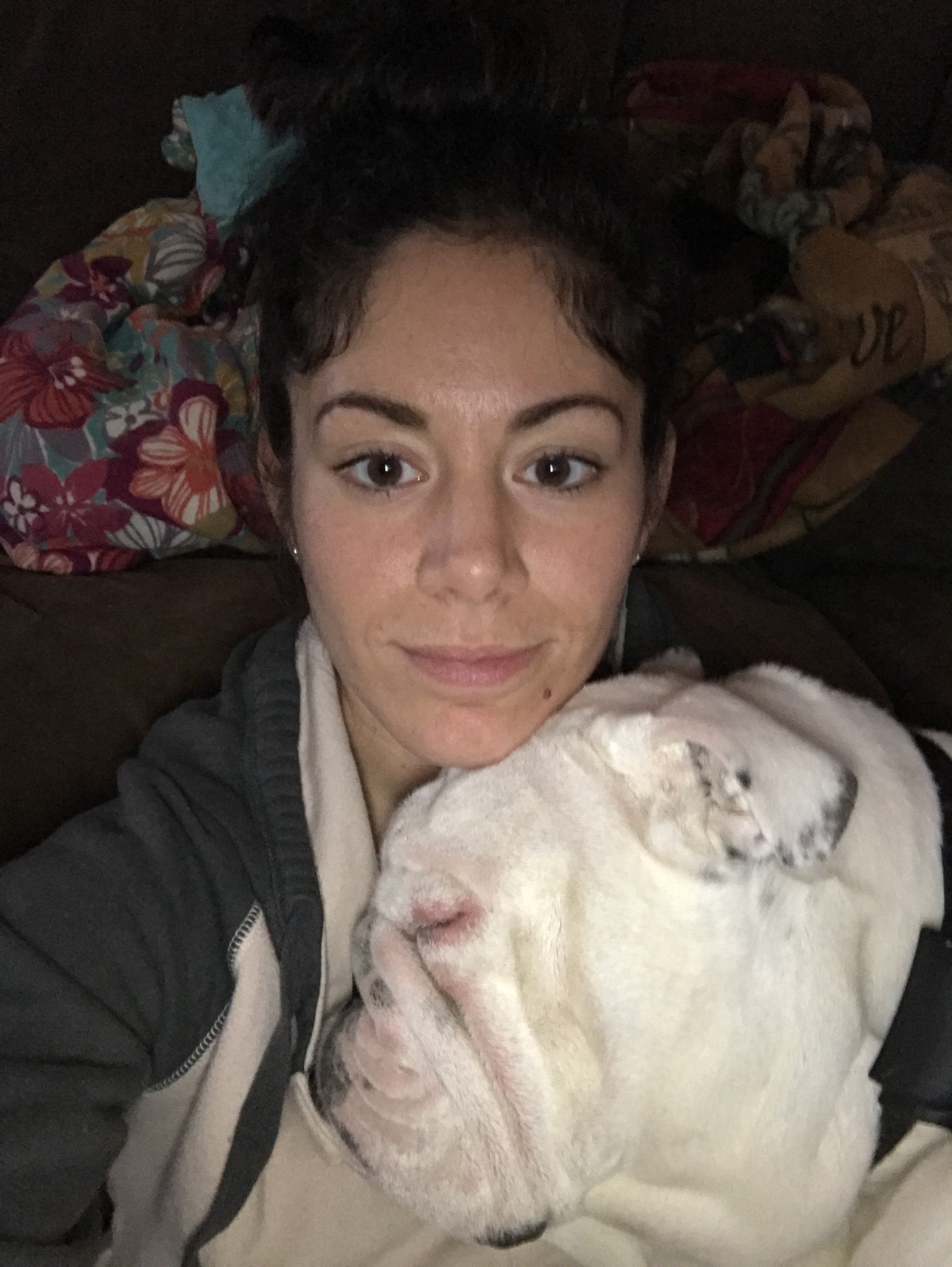 Looking back at our memories, I know that Coconut lived a good life. He loved basking in the sun, playing in the water, walking around the backyard with his Mini Master (aka Baby K), and spending time with the family – wherever we were, he was nearby. 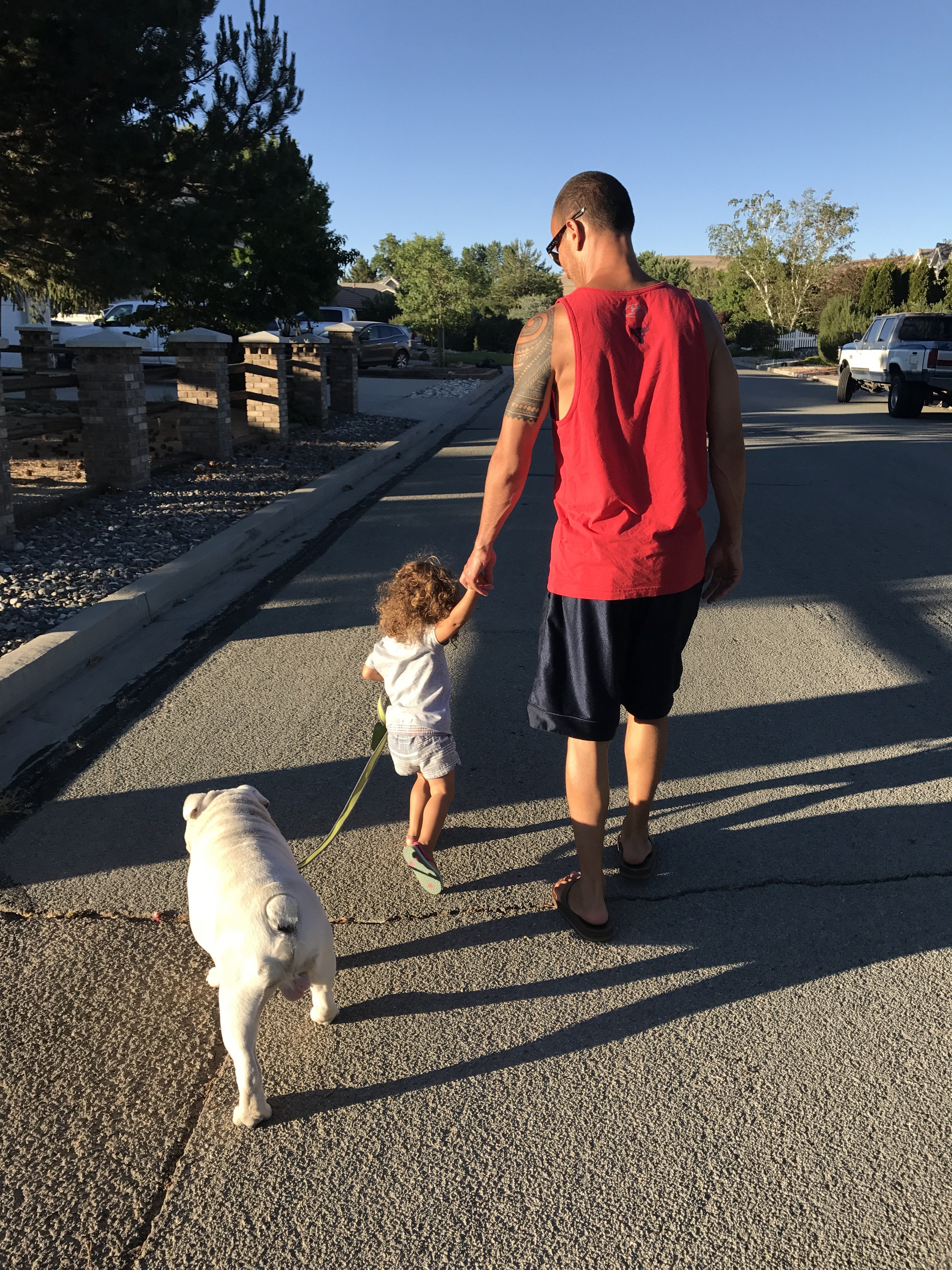 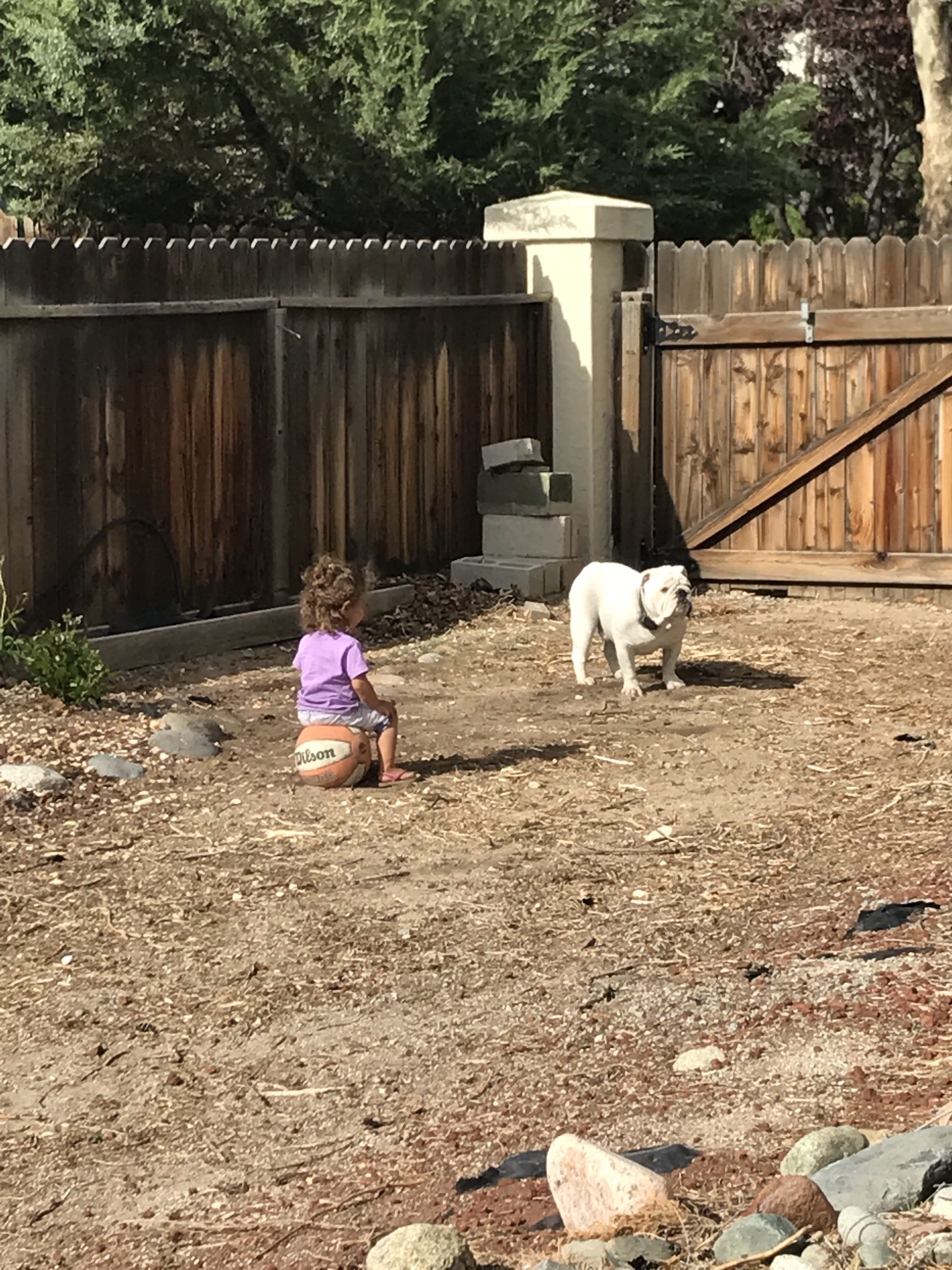 We were really looking forward to having a special area in the backyard just for Coconut. He dealt with allergies and our landscaping plans were going to help eliminate his challenges. I’ll admit we considered opening up space in our hearts for a second dog, one that Coconut could play with, and the type that would wake up if someone entered the house. A few weeks ago, I said we didn’t need a second dog. Coconut was great, he deserved our undivided attention (not to be split between dogs). He was wonderful with kids, albeit a little rambunctious at times. Most importantly, I trusted him around Baby K and with baby number two on the way, he was the perfect companion. He was a gentle bully that loved his mini masters. 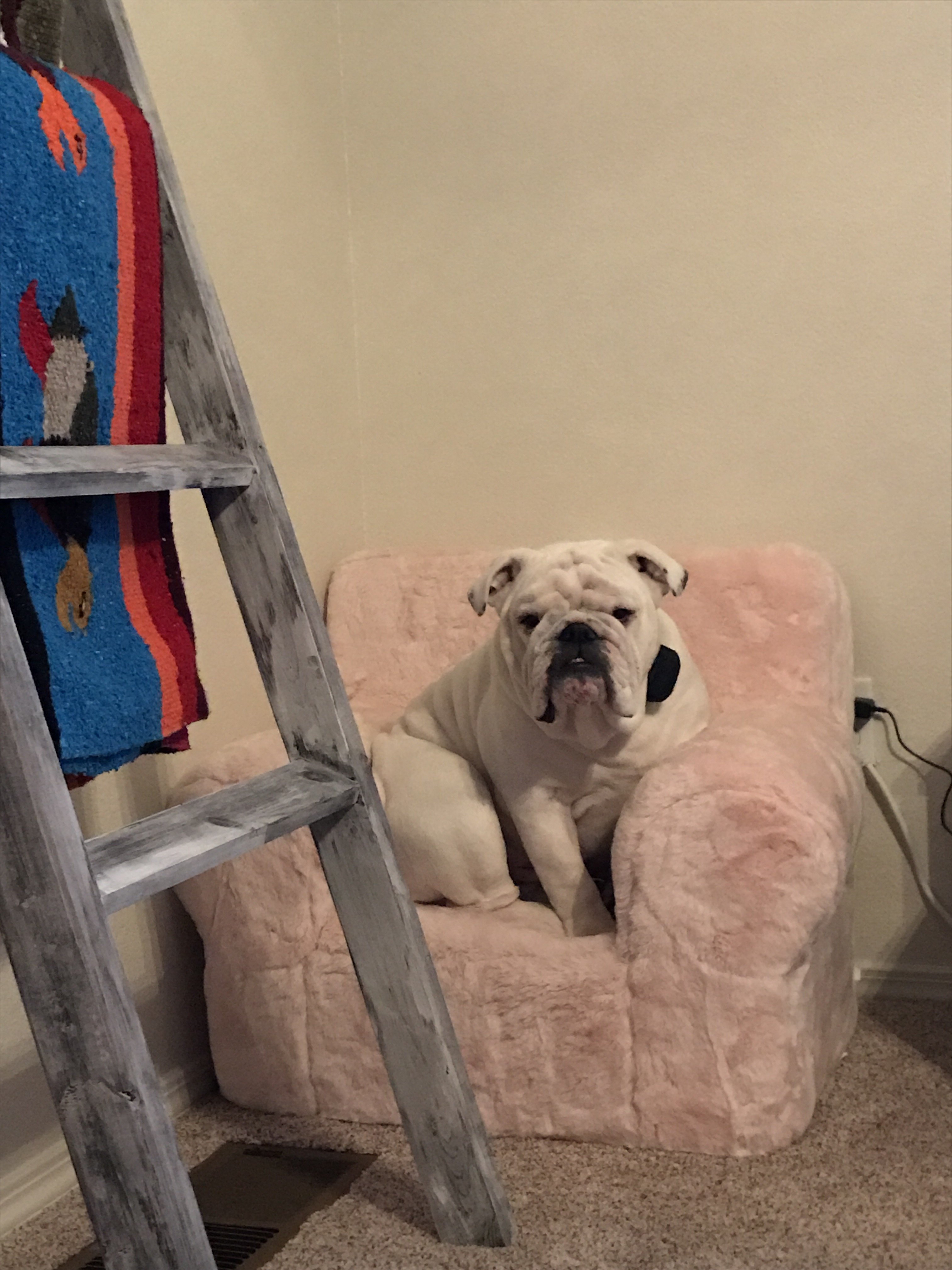 Now we reminisce over the short, yet fulfilling time Coconut spent with us. He would have been three years old next month. He enjoyed the beach, going down slides, sitting in the middle of Baby K and I as we played on the floor, and going on walks. When we walk in the door, things just aren’t the same. Our squishy faced pup is missing from our home. Baby K asks where Coco is, knowing that he was last at the doctor’s. Her buddy is no longer present as we explore the backyard… however we know he’s watching down on us as he plays with dogs on green grass and naps in comfortable beds. 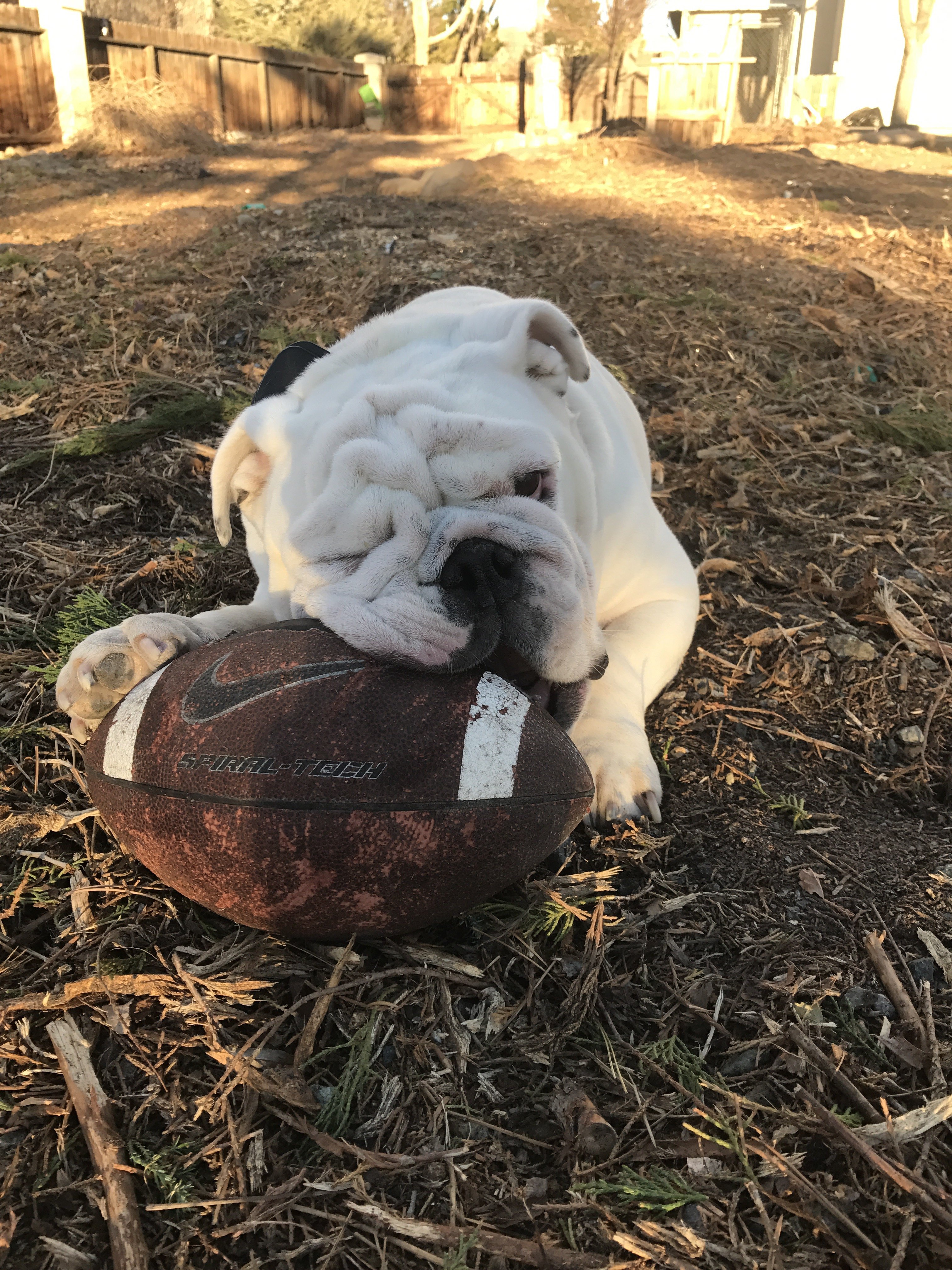 The link below describes a very similar situation in what we think happened to Coconut. Maybe this article will help someone in the future if they face a familiar circumstances. Sierra Veterinary Specialists performed extensive monitoring and took care of Coconut right away. In the duration of a day, Coconut was seen by three veterinarians that we believe did everything they could to assist him. Unbeknownst to them, there was no underlying factor, that we found or that blood tests, x-rays or ultrasounds could identify. https://www.justanswer.com/pet-dog/85iea-english-bulldog-died-suddenly-can-t-understand-why-after.html

We are still in shock over how this took place, abruptly. Not once did we expect Coconut wouldn’t be coming home when we took him to the vet on Tuesday. He’ll be greatly missed, as he touched everyone’s life that he came in contact with. Coconut the white English Bulldog will live forever in our hearts. 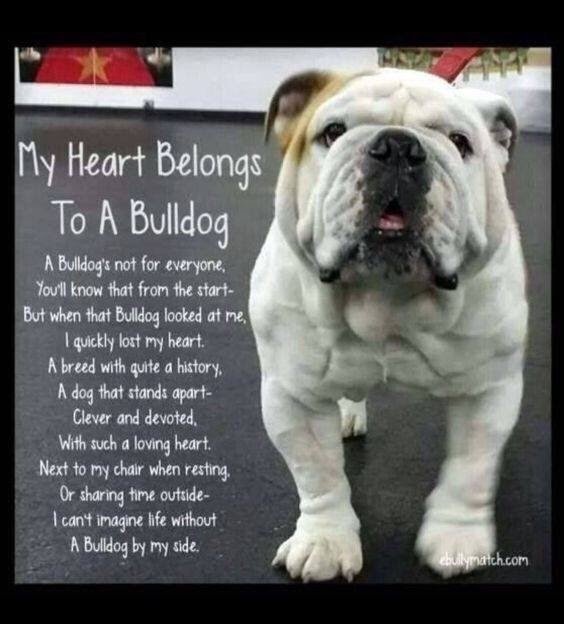 Hawaii is a magical place. We visited Oahu and M

What do you know about collagen? I want to be hon

Last week I hosted a webinar on the Basics of Smoo

How can you start your environmentally friendly jo

Let me clarify, we rarely eat processed foods, but

Have you heard this before? Did you you know tha

You often see me post photos of meals that I make

When I read this I was shocked! You may have hear

How was your week? Ours was long, to say the leas

Be kind. You never know what someone is going thro

Is anyone else looking forward to the school year

It has taken me a while to write this post, as I s

Do you strengthen your core? After having childr

A very Happy Father’s Day to this handsome husba

Read that again. 👆🏼 I have witnessed frien

Have you ever lost sight of your mission? I have.

I had to try @dailyharvest’s new Crumbles when t

I’m in the process of completing my CECs for my

A little #photodump from our trip to Maui. As the